Pocket Bikes are motor bikes really such that only their size is small but they have all the features of motor bikes, so they are true blue motor bikes only the dwarf of the original. And just like human dwarfs they only look small.

The term pocket bikes is commonly used to club all kinds of small sized two wheelers and if you search the net the stores are selling all kinds of pocket rocket bikes along with the normal ones. They are not to be confused with scooters or mopeds which are normal sized two wheelers, only lighter in handling than motor bikes. So these are not road conveniences but are meant to satisfy the centuries old craving of man to push the physical boundaries.

The engine size is small starting from 45 cc but can top up to 110cc or even 125cc super pocket bikes, with two stroke 3.4 HP engines. Four stroke engines are provided with the larger fitted engines, but they cannot be classified as true pocket rocket bikes and usually sold under midi category.

The Chinese seem to have quickly learnt the art of manufacturing these mini bikes at cheap rate, so most of the stuff being sold in US today is of oriental origin. Quality of course is a matter of concern, but if an enthusiast is discerning and does not mind taking the screw driver and other tools in his hands then they become as good as any other as many a purchase will tell you. The color range is good too; the choice ranges from white, blue, yellow, green, red, the entire rainbow.

These mini pocket rockets are not the regular commute vehicles but are used for racing in small parking lots, driveways, sport courts etc. Neighborhood races can be organized in a jiffy to unleash fly wheels and other stunts to impress captive audience.

The cost usually starts from $450 and goes up depending upon the power and other features. The racing bug has infected even the European population and they are importing them by the container loads. All the countries of the European Union which faced unusual summer heat last season seem to have decided to brace for it again and are equipping themselves with outdoors sports equipment.

Mini Pocket Rockets are small enough to be tucked away during long winters to be taken out, cleaned, painted and enjoyed again during the long summer months.

They are truly worth it. Go for a race.

Not So Dirty Pocket Rockets

During summer, the love for outdoor activities reaches its peak, and young boys try to combine it with their love for gadgets and motor sports. Dirt bikes unleash passion for racing and everyone loves zooming on dirt tracks on their dirt pocket bikes. Just be prepared for constant droning noise which will probably remind you of mosquitoes from the tropical forests.

Dirt pocket bikes are built just like the normal adult dirt bikes, ready for hitting the dirt tracks, but are simply their miniaturized version for the young enthusiasts or those still young at heart. These tiny dirt pocket bikes look very cute when placed next to normal bikes.

Dirt mini pocket bikes just like their adult counterparts are great for negotiating hilly and steep undulating terrains, and are loved for mainly this reason. Same engineering goes to make them as the standard versions, and they come in options ranging from 50cc dirt bikes to 110cc two stroke engines. As with all the two stroke engine machines they run on mix of oil and gas.

Looking at the net one can see that they are yet to be as popular as the mini pocket rockets, and are usually clubbed with mini bikes and electric scooters. The cost usually ranges from $250 to $500, but if you are a little diligent and sift the net, you might get a good bargain at $200. The colors are vibrant ranging from yellow, pink, green, blue and other variants of these. Benefits of globalization lets you pick the country of manufacture (China) and the time of delivery, depending upon your pocket and patience.

Dirt pocket bikes seem to have caught up with the European cousins too; perhaps it has a something to do with global warming. True to its nature, mankind is adjusting fast to the hot summers by copying this very American outdoor sport.

All two wheeler sports should be used with safety gears and fortunately, the sites selling them also offer standard gear like, helmets to protect the most important organ of our body, elbow and knee caps to prevent grazing and if you want to be really careful, you could use a kidney belt too.

They may be pocket sized bikes, but pack a mean punch and kick for the die hard dirt track enthusiasts.

Why Are Electric Racing Pocket Bikes So Popular?

There are several reasons for electric racing pocket bikes being more popular than gas pocket bikes, such as the fact that they operate on rechargeable batteries, which can be easily charged through the mains outlet in your home. This makes the electric pocket rocket a lot cheaper to run than a gas powered pocket bike, especially with gas prices being what they are these days.

Another plus of the electric racing pocket bike is that it runs clean, unlike the gas pocket rocket which produces fumes. If you enjoy riding, but the fumes from most motor vehicles make you feel ill, then riding an electric pocket rocket, capable of moving at speeds of fifty miles and hour and up, is definitely a tempting idea.

So, other than running clean and cheap, what are the other advantages of an electric racing pocket bike over a gas pocket rocket?

Well, as if you need more of a reason, the electric mini bikes requires little to no maintenance, unlike gas powered vehicles. So if you have a fondness for driving fast, but don’t have a lot of mechanic skills, or a grease-monkey buddy willing to hang out and work on your bike, then the electric powered racing mini bike is a great way to get out and race, without all the hassle in between. 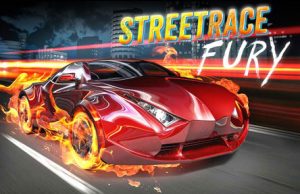 When considering whether an electric mini bike or a gas powered pocket rocket is for you, it is important to consider all of the above points. A cheaper cost of running, running clean, and ease of maintenance should be weighed up against performance, and what matters most to you, should decide which bike is best.